Ice bongs are something every ganja lover should have in their collection. Why do we love ice bongs? Read on to find out!

As an individual who has been putting ice in their bong since they first started smoking weed, I have a special appreciation for ice bongs. Whether they come with an ice catcher, ice notches, or both, there are just some characteristics of ice bongs that are simply transcendent. When you embark upon shopping for the next waterpipe to add to your collection, here my friends, is why you should consider getting an ice bong or go all out and try an eyce mold.

It’s common knowledge that smoking cannabis from a regular water pipe can be pretty grating and coarse on your lungs. This can be rather precarious if you’re someone who has lung issues. Ice bongs are a fantastic way to lessen the toll that regular bong rips can take on your delicate lungs. They greatly diminish the chance of coughing, thus furthering your enjoyment. That right there is enough reason for you to consider buying one.

Putting ice in a regular bong will certainly give you a cool hit, but there is one big risk: that the melting ice cubes would fall and break your downstem. Truly a disastrous way of ruining your smoking experience! This is why glass makers began adding ice notches and ice catchers. Ice notches are small glass notches that built into the bong to prevent ice from falling down as the cubes melt. An ice catcher is fuller proof than ice notches, as it completely separates the ice chamber from the rest of the bong.

Glass ice bongs have more character to them than a regular glass bong. Those ice notches that adorn the side of the bong are not just for function, they give the bong a neat looking appearance. Think of it like having freckles.

The More Chill the Hit, the Better the Taste

The more chill the hit is, the better it tastes, at least in most people’s opinions. Some people have reported that ice makes their bong hits taste weird, to which I ask, what type of water was in their ice cubes? When the hit cool and smooth, you get a better sense of the taste of the strain you’re smoking. You’re paying more for quality bud, so you should be able to taste it, right?

A bong that is meant to be used with ice often times tends to be sturdier than a regular inexpensively priced bong. They have to be in order to withstand the differences between the coldness of the ice and the heat generated by the lighter. Those bongs with ice catchers and ice notches work a lot more effectively with thicker glass.

Ice Bongs are Easier to Grip

One of the things we really love about ice bongs is that they tend to be easier to grip than a regular glass bong because of those awesome little ice notches. Putting ice in your bong or putting it in the freezer causes condensation to form on the glass, which naturally makes the glass a lot more slippery. If you’re the clumsier type of smoker this can be bad news for you, that is unless you have ice notches.

Ice Looks So Cool When Surrounded by Smoke

This is purely aesthetic, but smoke looks absolutely breathtaking when it’s mixed with ice. This is why I like to smoke from my ice bongs while sitting in front of a mirror if I happen to be smoking alone. For an extra added affect, try an ice bong with an LED light placed under the base. It looks just like dry ice at a concert, which looks extra cool when you’re baked!

Now you know that you want an ice bong, which is great! There are still some things that you need to know before you purchase one. First of all, it’s better to go with thicker ice bongs because they are going to be sturdier. Secondly, ice notches and ice catchers can be a bit tricky to clean, and they love to collect gunk. Make sure that you clean your ice bong often. Rinse it out each time you use it.

When using an ice bong, regardless if it’s a beaker bong or straight tube bong, you need to be mindful of the amount of water that you use. You don’t want to end up flooding your bong and thus ruining the smoking experience. A good rule of thumb is to fill it slightly less full than you normally would, and slowly empty it out as the ice melts.

Don’t buy a cheap ice bong! If you want a good ice bong that will last you for years to come, then you definitely want to stay away from the cheaply made models. Keep in mind that quality does not necessarily mean that you have to spend more than you need to. Quality ice bongs can be found for less than $100, especially from brands like Glasscity, Black Leaf and Grace Glass. No matter your price range, you’re sure to find the ice bong that is just right for you. Now that you know what to look for, it’s time to begin your search!

What other small things do you love about ice bongs? Share in the comments below!

View all posts by mehigh → 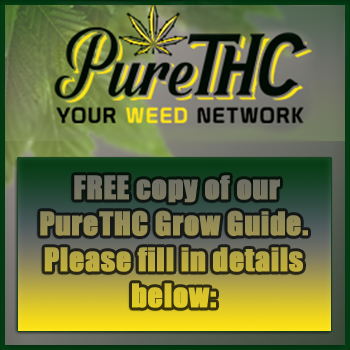