When it comes to dual-purpose desktop vaporizers, the Arizer Extreme Q had bragging rights of being one of the oldest models in the market. It was released back in 2008 and has undergone several updates to meet changing customer desires. This vaporizer is from the Arizer that is a trusted brand in the vaping world with other products like Air, Solo, and ArGo vaporizers. The Extreme Q’s long stay in the market has refined it from lots of customer feedback. It gave vapers the choice between a whip and balloon long before the competition. Surprisingly, it is also one of the most competitively proceed vaporizers in the market.

Compared to its competitors, the Extreme Q is quite large. It has a conical look with a glossy black finish on the stainless-steel exterior. The insides are made of food-grade plastic but the vapor path is ceramic.  This makes it light despite its large look.  The bowl is made of glass, as is the mouthpiece and elbow fittings.  There is a small LED panel at the base which allows control of heat, fan settings, and sleeper timing. The edge of the mounting base glows blue when the device is on such that you can’t miss it in a dark room.

The control is primarily done on the buttons and with the remote control. This makes the Extreme Q feel a bit dated considering the competition has moved on to smartphone control using apps.

The whip and balloon can be interchanged easily. However, the balloon does not come with a valve. You will have to block the balloon using your finger, which can be a bit of a bother when you are doing a long session.

It comes with a fan with three power settings. This is where it excels as a desktop because the fan enables good vapor control. The fan is quiet in comparison to the competition.

Low and medium settings will get you thick flavorful vapor while the highest setting is not as good. Some vapers pack the herb into the elbow screen of the mini whip instead of the bowl. This allows higher temperature settings because of the longer distance and gives dense clouds as well.

The vapor of the Extreme Q is smoother and denser than that of several competing models, and all of the portable vaporizers.

The Extreme Q feels a bit old when it comes to controls.  The onboard buttons are quite easy to use even in the dark.  All the settings can be done using the buttons. The remote control enables control from about 3 meters away.

Extreme Q could have done with touch controls and smartphone app control. This makes it a bit limited in programming your vaping sessions. But the lack of this latest tech may explain its lower cost.

The balloon needs replacement when the sides start getting grimy and rigid.  This can be replaced every other month, along with the tubes and screens. Glass parts can be soaked in isopropyl alcohol after every session especially when vaping in a group.

The Extreme Q is among the lowest of the premium brand desktop vaporizers. At around $170, It costs as much as one-third of the latest Volcano models.  Its lack of Bluetooth connectivity, smartphone control, and touchscreen control could be a good explanation of keeping the price low. This is a vaporizer for the job rather than style.  However, vapor quality remains as good as that of higher-priced competitors in a blind taste. 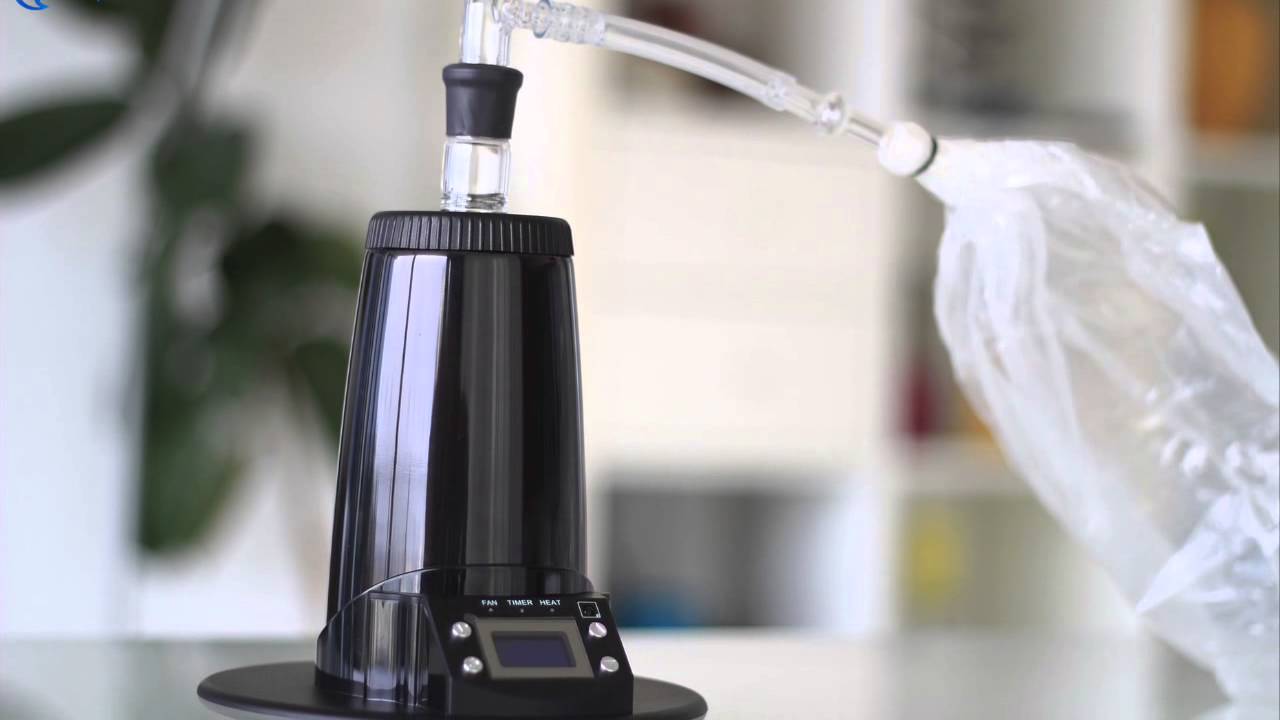 How to use the Extreme Q vaporizer with the Whip

NB: Higher fan settings push the vapor through the tube faster forcing you to inhale in quicker intervals.

Guide on how to use the Extreme Q vaporizer with the Balloon.

While lacking the gizmo tech of its flashier competitors, Haze Smoke Shop says the Extreme Q vaporizer does what it is supposed to do very well. Admittedly, the lack of a smartphone app control limits customizing the vapor. But if you are looking for a desktop vaporizer that offers value for money, the Extreme Q is a good choice. The fact that you can use it with either balloon or whip makes it good entertainment if you are having friends over. The fact that you can get it at almost a third of the competition makes it a good bargain.