Even the word “cannabis” used to instill internal repulsion and mental images of junkies with needles in their arms in the past. While society hasn’t completely repressed these predilections, things are starting to change. Scientists have begun researching cannabis for a few years, and they’ve discovered interesting things about the cannabinoid compounds.

Currently, we know of many cannabinoids, but two are the most popular – THC and CBD. THC is responsible for the euphoric and hallucinogenic effects, while CBD has more medical applications. Slowly but surely, cannabis breeders have started to artificially breed THC or CBD-dominant strains for consumers.

Recently, researchers have made headway into the research of a cannabinoid which appears to be the precursor to all other cannabinoids. CBG (CBGA technically) is the starting point for THCA, CBDA, and CBCA, three of the main cannabinoid branches in cannabis. Essentially, CBGA can perform all three roles by changing its function depending on various factors. It does this through specific enzymes.

You must be wondering why we’re adding an “a” at the end of well-known cannabinoids. Because their structure suffers a modification once you smoke or cook the cannabis. After heating it, THCA turns to THC, because it loses a carbon group. The same happens with all other cannabinoids. They become active through the heating process.

The real difference between CBG and CBD is that the first activates the CB1 and CB2 receptors, while the second releases beneficial enzymes and other endocannabinoids in the body. CBG and CBD produce the entourage effect when consumed together. Given the flexible character of CBG, consuming it means consuming CBD as well.

What is CBG good for?

We might have another revolutionary medical breakthrough on our hands, with the emergence of CBG. Research shows that this cannabinoid can help alleviate the following conditions:

Other researchers have discovered that CBG can influence and activate the CB1 and CB2 receptors. Therefore, we can accurately deduce that CBG consumption alleviates undesirable side-effects of THC consumption. Paranoia is one of these side-effects, and CBG might ease it considerably. However, researchers have still not found out how CBG interacts with the CB2 receptors.

CBG also possess antifungal characteristics and antalgic benefits that may help people suffering from depression, anxiety, or muscular tension. Moreover, CBG could potentially aid in psoriasis reduction and in treating MRSA. A few studies even show the medical potential of CBG on Huntington’s disease on mice. The results were more than promising, and it showed clear medical potential for people suffering from neurodegenerative diseases. 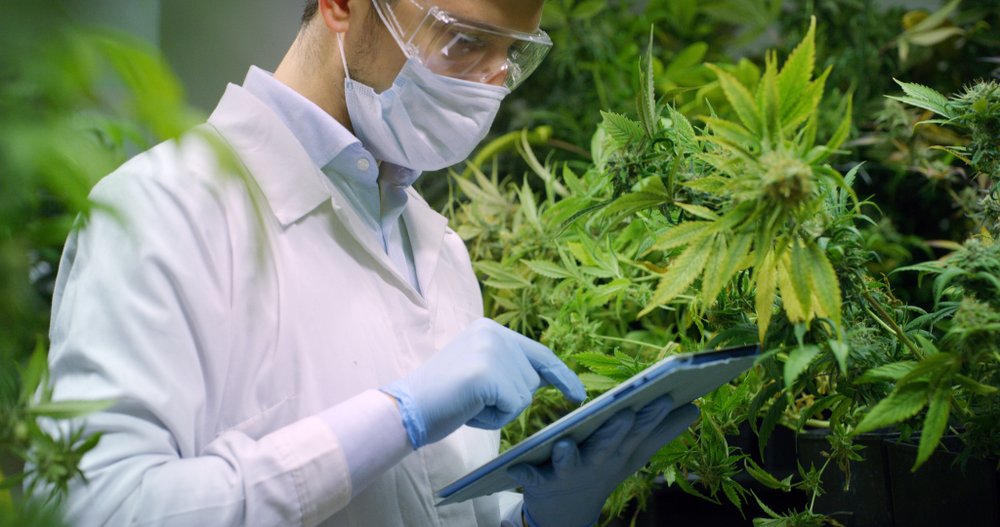 What will future research bring for CBG?

Scientists have still not uncovered the full potential of CBG in medicine, nor have they discovered its entire array of effects on the human body. However, with more research, they will understand CBG more and more. Perhaps we’re witnessing the emergence of another medically-inclined cannabinoid with future healing potential. Yet, we do know that CBG is difficult to study because it’s hard to obtain.

Breeders haven’t paid attention to CBG at all until now, so they didn’t have a good reason to breed cannabis strains rich in CBG. We haven’t experimented at all when it comes to breeding CBG strains. In fact, most cannabis strains contain less than 2% CBG, so scientists are having a hard time studying it comprehensively. However, the more attention it receives, the more breeders will have a reason to start thinking about breeding CBG-dominant strains.

Fortunately, CBG is not legal anywhere in the world. You can buy cannabis products based on CBG, but they will contain other cannabinoids and terpenes. Moreover, the CBG won’t get you high at all. If anything, it acts similarly to CBD by counteracting the euphoric and hallucinogenic effects of THC. You also can’t get in trouble by consuming CBG because it doesn’t show up on any drug test. Neither does CBD, for that matter.

Extracting CBG from a mature plant requires expensive equipment and lots of time to breed the strain. Moreover, by extracting the CBG before it turns into THC or CBD means the breeders will abandon many popular strains in exchange for the uncertain market value of CBG.

The clinical potential of CBG is untapped as of yet, but scientists are hopeful they can go into more research soon. So far, the preliminary experiments and tests have brought interesting results to our understanding of cannabis and all cannabinoids. It remains to be seen what else they uncover!